and get access to full InnMind Platform toolset
Innovative technologies

by Administrator, on Apr 25
This artiсle explains what IEO is, how to organize it for a startup. It also tells about IEO's pros and cons based on experts' opinion.

After the rise of ICO in 2017 and the rapid drop in the second half of 2018, investors are asking questions related to crowdfunding and regulatory future of ICO. Unfortunately, the obscurity and ease of fundraising with altcoin mania in late 2017 showed that almost 80% of ICOs were scams. Due to it regulatory bodies had to take immediate action and they revealed that there were some decisive outlines on different tokens. Issues with legal status of tokens were also identified.

To control this situation US regulatory body SEC introduced Crypto Token Framework. However, it led to various issues and unanswered questions which require further discussion. In 2019 ICO has evolved into IEO, which stands for Initial Exchange Offering and was introduced to startups as a new hot trend of raising funds.

Today many people say that IEO is an “evolution of ICO”, predicting a great future for it. However, after all the pitfalls of ICO concept, the blind belief that IEO will become a common model for startup fundraising in future, with the ability to create the next fundraising boom in crypto space would be too naive. While some popular media sources became super positive about IEO, we at InnMind found quite sceptical views among the industry experts. But let’s go step by step and learn more about this current trend in crypto fundraising.

What is IEO (Initial Exchange Offering)

The Initial Exchange Offering as identified by its name is managed on a cryptocurrency exchange platform. Unlike ICO, in IEO fundraising process is administered by the crypto exchange on behalf of a startup which is planning to raise funds using newly issued tokens.

Token sale is conducted through an exchange platform. Issuer of the token will have to pay a listing fee and an interest from a number of tokens sold during an IEO.

Apart from that, tokens developed by a crypto startup will be sold on various exchange platforms and their new coins will be listed once the IEO is over. As a cryptocurrency exchange receives a fee from tokens which have been sold by the startup, it is incentivized to help with the marketing and market making operations.

Difference between IEO and ICO

There are many people who want to know why IEO is better than ICO (if it is really). Here we have some facts to explain you the difference.

How to organize IEO for startup fundraising

There are many startups who are using IEO instead of ICO nowadays. However, there is a complex process that people have to follow to assure they can organize successful fundraising for a startup. If you are planning to organize IEO for fundraising here we have a complete guideline that you will have to follow.

The example of successful IEO is company AIVIA, one of the premium startups on InnMind: 80M AIV tokens were sold in under 21 minutes through IEO!

AIVIA's solution is an open investment ecosystem that allows investors, fund managers, privately held businesses and startups to interact utilizing smart contracts on a peer-to-peer basis and without intermediaries.

Now AIVIA is listed on ABCC Exchange from April, 25th. Read here to learn more about AIVIA and trading.

A question which is still in the minds of people is that whether IEO will create the fundraising boom in future or not. We all know that in 2017 and 2018, ICOs created the fundraising boom but as hype developed - we have observed the situation where many projects were handled by scammers which caused some serious issues. This is the reason why in various regions ICO is banned. It would not be wrong to say that ICO is not a reliable fundraising model for the startups anymore.

On the other hand, IEO seems to be a more reliable fundraising tool with an increased level of trust from investors. In IEO the crowdsale is hosted by the exchange, which is incentivised to ensure that investors can easily participate with more confidence. The efficiency of crowdsale is improved with better organised fundraising process and marketing campaign.

We asked a few recognised experts in the crypto and blockchain field about their opinion on IEO as the next big thing for startups fundraising.

A friend of mine, Experienced ICO expert from Crypto Valley Ralf Gerteis is quite sceptical about IEO. That is what he says:

“IEO’s are basically a new wrapping for the same content. A utility and/or payment token can make sense for all involved stakeholders but only in rare cases. If there is no real ecosystem to be built up and if there is no organic strong scaling effect to be expected, it is not the right method to go in future. As pure fundraising method (without a distinct requirement for an own token), an ICO or an IEO are, especially for the investors, no suitable instrument.

There are some potential advantages of an IEO over an ICO like due diligence and qualitative selection of projects by the exchange, an existing and validated trader crowd, a marketing partner to make use of synergy effects and finally private sales of top projects will decrease and the access to top projects is democratizing again. In addition, a certain hype started around IEO’s, therefore it can be expected that IEO’s will be comparably successful. But all these advantages can only be leveraged if an IEO is done with a high-quality exchange with a high organic volume which selects the projects carefully. Therefore, IEO won’t be a general quality seal.

STO’s are a different category, we are speaking here about securities and to prepare for a fully compliant security token sale, a lot of effort – especially in the legal field – is necessary. And the secondary market liquidity is also not yet solved. Depending on which rights and participation is packed into a security token, the position of the investor is definitely more comfortable compared to a utility/payment token (in an ICO/ IEO). But there are also other fundraising options currently in the pipeline.

All in all we need to get away from the primary target to raise funds… The primary target is to build a product/ platform/ technology with a high market demand, unique features/ innovation and a plausible financial business case.

In addition, it is important that blockchain technology is only used where it makes really sense and has distinct advantages compared to other technologies and that own tokens are only created if they are really needed for the ecosystem. Most projects don’t necessarily need a token, or it makes the business even more complicated.

And finally: Be transparent and raise the funds that you need and not the maximum what you can get no matter with which fundraising method (ICO, IEO, STO, crowdfunding, selling shares or whatever other method). I think that success-based fundraising methods with a company participation will be the future. In all other tech areas, milestone-based funds release (what can be done supported by smart contracts) is a normal contractual thing with VC’s and this will also be demanded in the blockchain sphere in future”.

We asked a serious sceptical crypto-lawyer Yanina Petrovskaya from RLP Lawyers, Liechtenstein about IEO in comparison with ICO & STO, especially paying attention to the question: Are there any clear benefits and what are the major risks/drawbacks, especially hidden stones which are so visible from the first view?

And here is what Yanina answered to this: 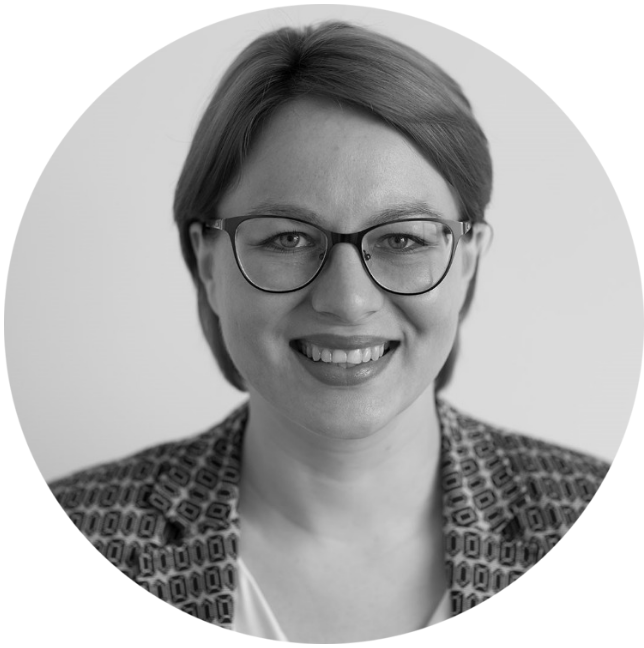 “To me IEO seems to be a little bit upgraded version of ICO, where you start the whole procedure talking with various exchanges, conduct the procedure using their technological platform and they distribute to the crowd your utility token without any guarantee (let’s be honest) that you would ever get any sort of access to any product with this utility token.

I believe that either some of the investors are that silly that they do not see it or most of them understand that it is a sort of crowdfunding or rather betting (for Asian mentality) without any guarantee.

Good brands still seem to have chances to raise quite a lot of money (over 10 Mln USD). Simple startups without decent MVP could raise a couple of millions. But in my opinion it is not an instrument where any of serious institutional investors, hedge or VC funds would invest. They still have a lot of concerns even in regard to more regulated STOs like lack of understandable economic models, lack of secondary market etc.”

Blockchain expert and startup advisor from Barcelona, another crypto- friendly region in Europe; co-founder at the Business acceleration consultancy “The Moon” Nikolay Syusko is also very sceptical about IEO concept and thinks that it is a temporary hype which will end in a few months.

“The essence of IEO is the need of crypto exchanges to raise liquidity on their platforms and boost their own token price. This economic model is unstable, because it lies on the shoulders of secondary market of traders. People, who will buy BNB (Binance coin) in order to get richer.

PR buzz around IEO is based on the projects that missed ICO, because utility tokens lost their investment attractiveness. These projects are trying to find the source of liquidity in exchange for enormous sums being paid to exchanges. Again concept of crypto fundraising is mixed with speculations, that’s why enterprise-grade projects can’t jump on a train of IEO - once you get funding from IEO VCs, enterprises and strategic partners will stop relations with you.

IEO is a temporary pill similar to what has been done in China in 2017. Chinese ICO platforms were closed really fast, because of the regulation. And crypto exchanges are in the same situation because they fake trading volumes, support scam-projects and speculate on their financial services. I think that IEO in this form will be live till September 2019”.

In the newest history of the financial world, as well as in the cryptocurrency industry which is still young and unregulated, you should always keep in mind that in addition to new opportunities to raise and earn money there are many ways to lose them.

While IEOs seem now to be an efficient way for startups to raise funds, both startup founders and investors should be aware of the pitfalls. Don’t hesitate to spend enough time for preliminary investigation and preparation before launching an IEO or investing in it. And always keep the sanity framework in mind. For startups it should be a strong legal advice on the consequences of any action. And for investors - traditional due diligence and assessment of the projects you are going to invest in. Whether it is ICO, IEO, STO or any other type of fundraising procedure, these 2 aspects should remain as must-do in your priority.

by Administrator, on Jun 4

by Administrator, on May 28

What will happen with venture capital market, investments and startup valuations after the Covid-19 pandemic? InnMind asked insiders among the most active VC firms and angel investors.